If you’ll recall, last time I presented some projections for fantasy baseball. It turned out that there was something amiss. Specifically, you can recall these plots. First, the overall distribution of rankings for starting pitchers and relievers: 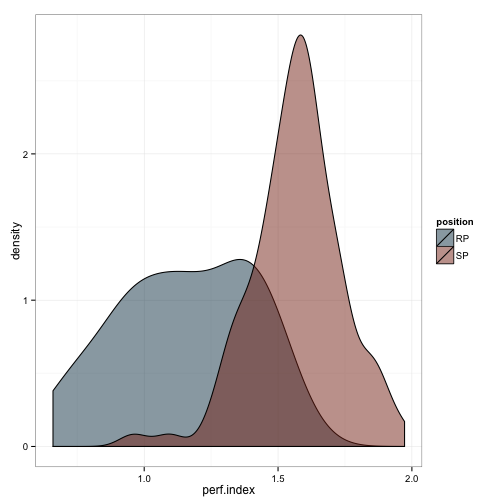 And then the the distributions for whip and era, respectively: 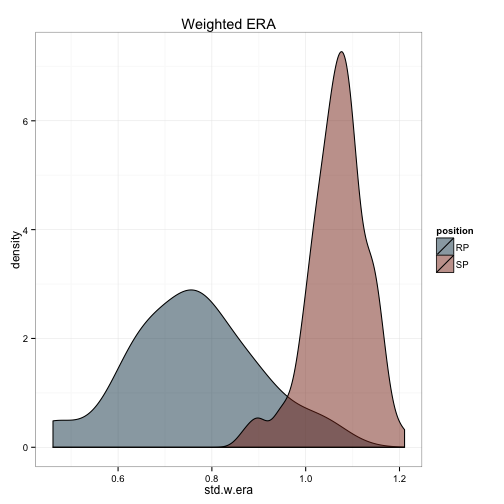 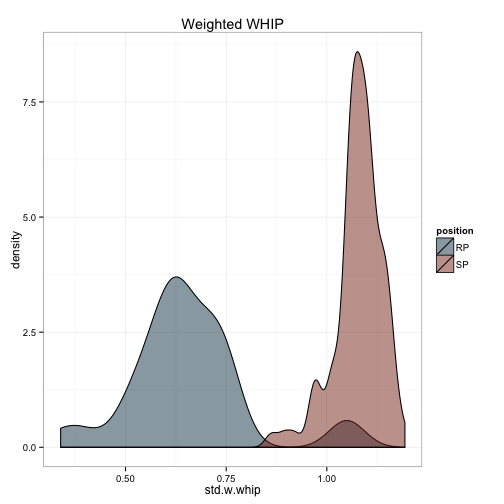 This is the basis for the rankings:

Where $PI$ is the performance index, and each term represents the standardized value of the average prediction from each projection system. The terms for $w.era$ and $w.whip$ are calculated as:

This seems to punish relievers more than you would expect. After all, a 1.86 ERA from Aroldis Chapman is certainly going to help your fantasy team more than the 4.17 ERA we’re expeting from Trevor Bauer. However, Chapman also pitches fewer innings, meaning his 1.86 ERA is not going to be as meaningful as an equivalent ERA from a starter.

I did some digging to see if anyone else had done something similar, and behold, someone had a different solution which seeems to make some sense:

The innings pitched constant was derived by finding the average innings pitched per start (total IP / GS), which was 5.94 from 2009-2011. Multiply that by 32.4—the average number of starts per pitcher in a five-man rotation (162 divided by 5)—which equals 192.5

So, my new weighting formulas are:

Looks much better to me! Just to check, here’s those distributions: 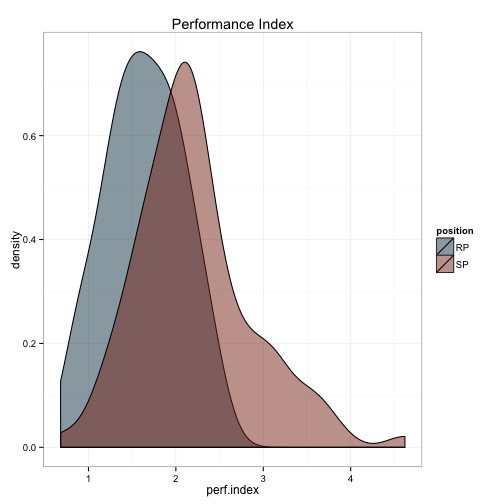 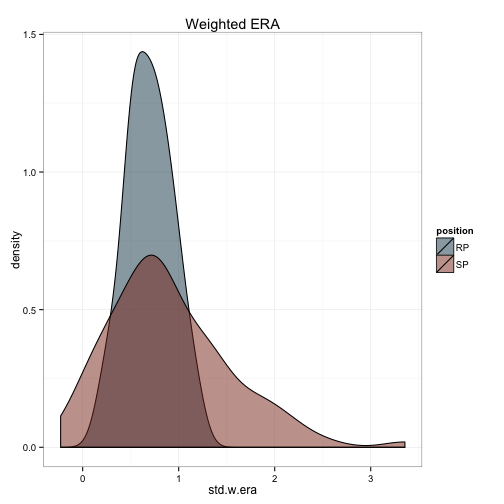 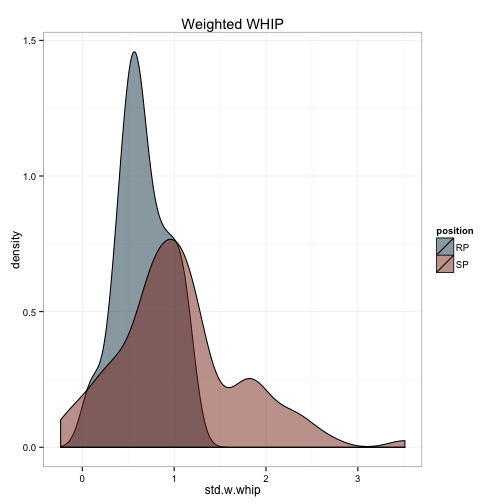 This looks much better and is what I used when I went into draft day.

What’s the lesson here? I guess that its wise to look to others before trying to reinvent the wheel. I should have known that someone had already tried an approach similar to mine. Stand on the shoulders of giants, as well as regular folks, and, for that matter, anyone else who is around. Just make sure you give proper credit where it’s due.