I play fantasy baseball. In some ways, I’m embarrassed to admit it. I recall being teased for this on more than one occassion when I first started playing these games over 10 years ago. However, I think I’m in good company today. The Fantasy Sports Trade Association (FSTA) has estimated the number of individuals playing fantasy sports in the US and Canada at over 41 million. While I’m not confident that the FSTA is an unbiased party, I think that the figure is in the general ballpark (heh…get it?) of being correct.

Regardless, I’m through defending myself. A couple of weeks ago, I drafted my players for my two teams. In doing so, I spent some time trying to create my own projections for how individual players were going to do. There are a variety of ways to obtain predictions for how individual players will do for the upcoming season. The website Fangraphs includes a handy feature which allows you to download csv files of their projections. They include projections from the ZIPS, and STEAMER projection systems, as well as projections collected from site users who choose to offer up predictions for players.

As Nate Silver famously demonstrated, taking an aggregate of multiple predictions is much better than looking at any individual one. Thus, I attempted to create a projection from a relatively simple combination of these projections.

In some ways, it worked out pretty well. Here are the top pitchers spat out by my system, the index I used to rank them (higher is better) and their predicted stats.

This seems about right. However, to find the top reliever, we need to go way down to number 58.

How did this happen? Well, first let me say what the ranking logic is:

Where $PI$ is the performance index, and each term represents the standardized value of the average prediction from each projection system. $w.era$ and $w.whip$ are weighted by the ratio of $predicted innings/\mu_{predicted innings}$.

I should say that after the above calculations, I also standardized $PI$.

Just to illustrate the problem a bit better, here’s the distribution for the two pitcher types: 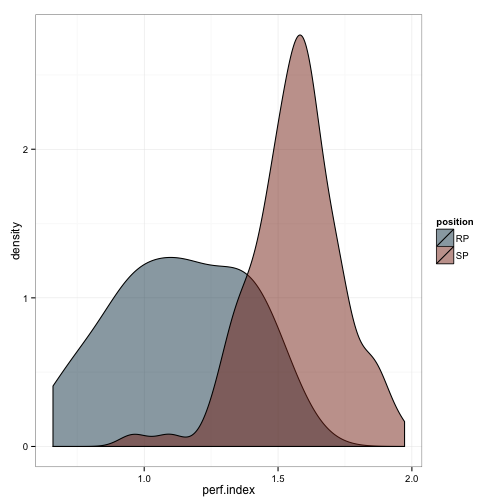 We can do the same for all the values which make up the index: 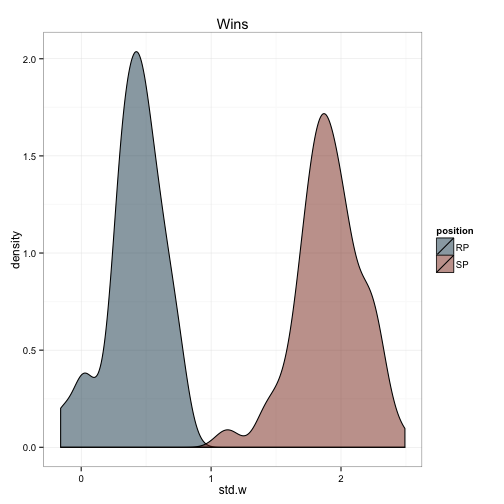 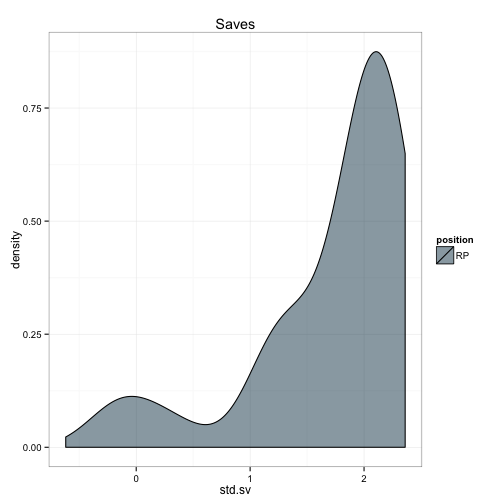 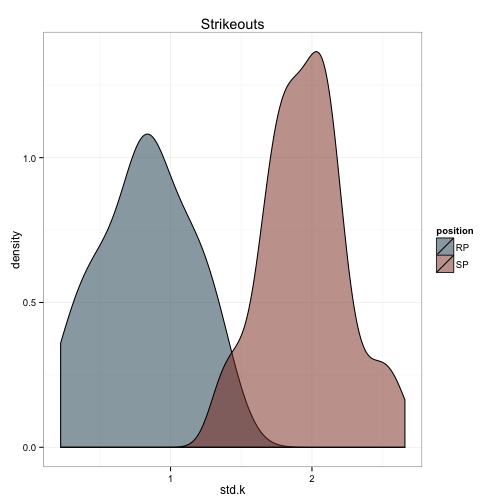 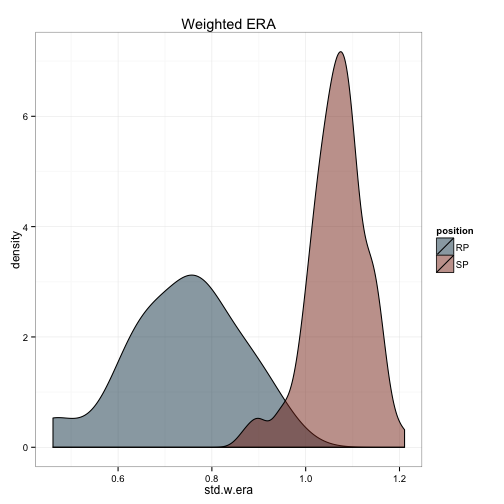 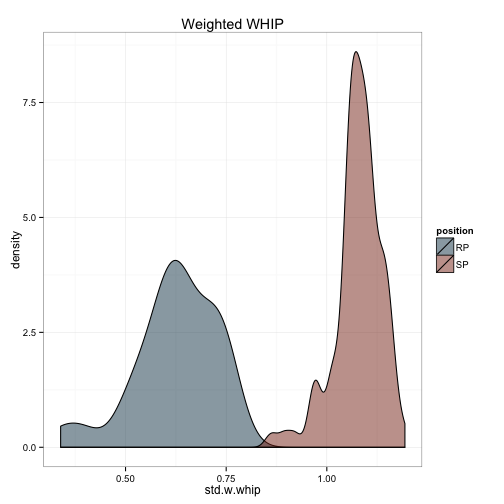 The first thing that struck me is that the ERA and WHIP calculations aren’t distributed as I would expect. I would certainly expect relievers to have a lower era and whip in general, but the distributions there almost don’t overlap at all. This suggests that my weighting formula needs some tweaking. I’ll present what I did next time.