The data consist of grades in college spanning an entire college career for a number of individuals. These individuals were part of an experiment which one can imagine as being composed of six experimental cells (i.e. a 2x3 design). We’ll call the first variable ‘group’, which has two levels (A and B) and the second ‘condition’. The condition variable has three levels (Control, TreatX and TreatY).

Individuals received the intervention at the same calendar time point, but were at different stages in their academic careers (i.e. Freshman, Sophomore, etc.). In looking for an effect of the treatment, my first approach was to fit a series of multilevel models. After going through a model-selection process, I retained a model with a random effect of time and a random intercept, both varying by subject. For the fixed effects, I modeled a main effect of time and a three-way interaction between group, condition, and pre vs. post intervention. The raw data can be seen in Figure 1. 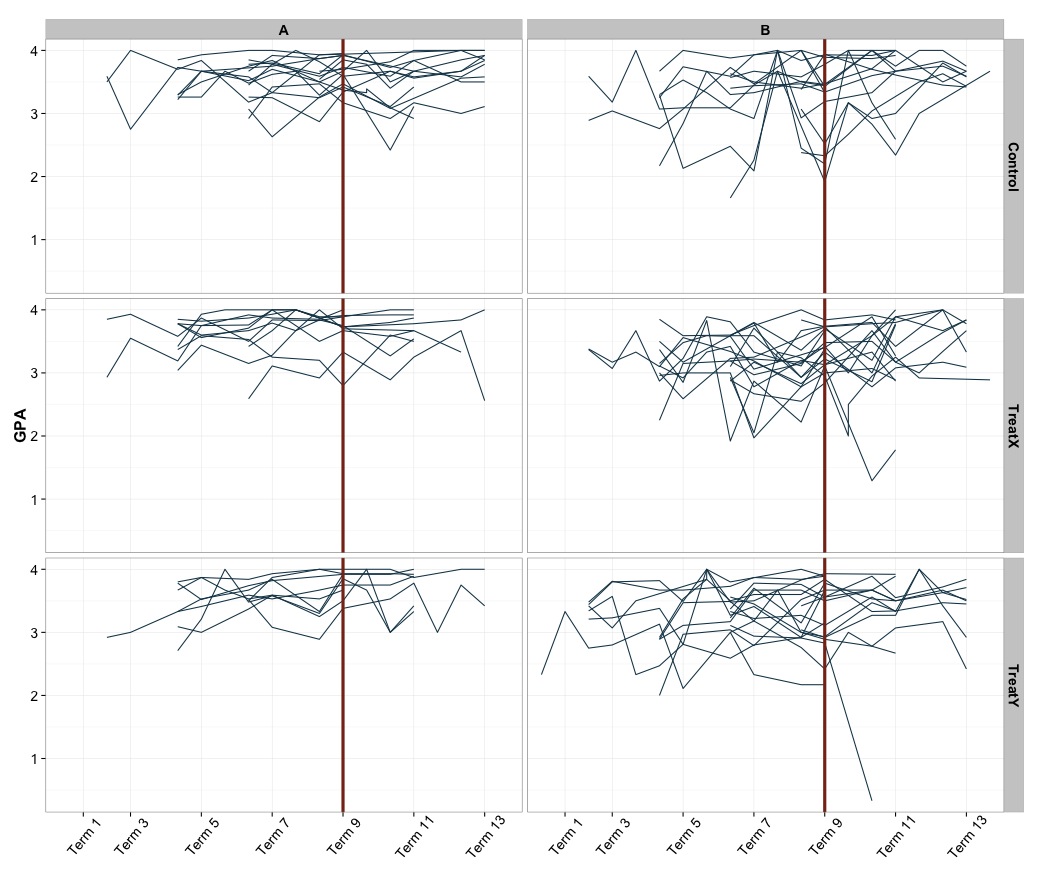 As is probably apparent from the plot, the model suggested no effect of treatment.

Unbeknownst to me, prior to my examining these data, another analyst looked at these data with an ANCOVA approach. Here, we model the GPA in the academic term in which the intervention took place, controlling for GPA in the previous term. Figure 2 displays these data, which are essentially the same as identical to those seen in Figure 1, but we’re limiting our view to just two semesters. 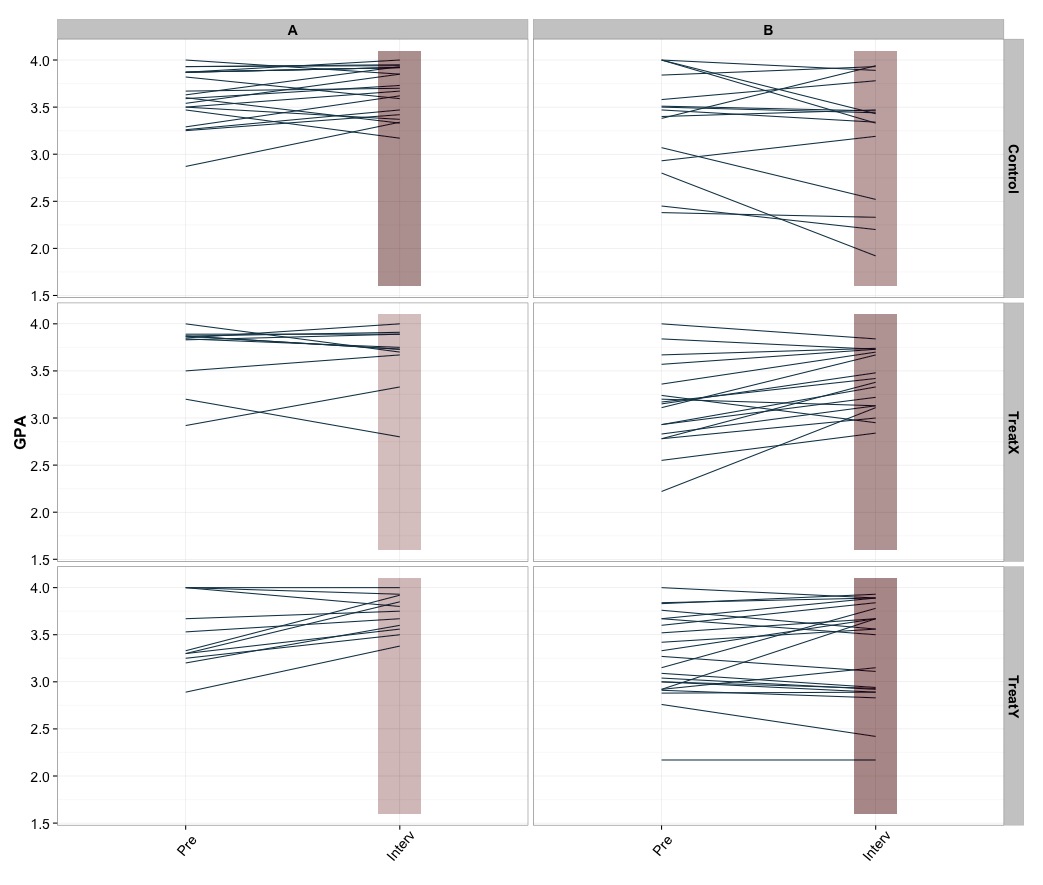 Figure 2: Gpa in the academic term of treatment and in the term prior to treatment as a function of group and condition.

As you might guess, this one does suggest that there’s a treatment effect! Here, Group B is receiving a boost from Treatment X. I think this is an example of what Simmons, Nelson, & Simonsohn would refer to as researcher degrees of freedom - we’ve got too much flexibility with regards to exploring these data.